Brazil has long reported criminals using cell phone jammer, but until now, after the Omertà operation, the security forces in Mato Grosso do Sul have the first two types of equipment. These devices, also known as cell phone jammers, have been owned by the Bope (Special Operations Battalion) in Campo Grande since January 14 and will remain in the unit at least until the end of the procedures of the criminal organization with them Arrested. According to the investigation, the leaders of the organization are businessman Jamil and Jamil Filho, who have been arrested since September 27. At the end of the action, according to the result, the destination of the input material will be defined.

It was the BOPE commander who asked to keep these devices, which were used illegally by bank robbers, ATM fraudsters, car thieves, and by dissatisfied members of the executive team in the case of the targeted criminal group in’Omertà’. Name Family, as the survey work has shown.

One of the notes is that José Moreira Freires, a former municipal guard who was appointed as the killer of the death squad, used one of the devices during the execution. According to the work of the police, he did this to cancel the signal of the electronic anklet he was wearing because he was convicted in 2012 for the murder of the retired police chief Paul Magalhães. 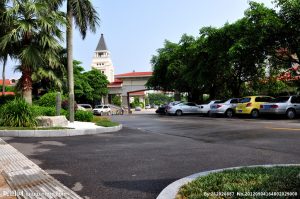 Since it just received a cell phone jammer, the camp will now better understand what it has on hand, tell MP Campo Police News MP Roberson de Oliveira Souza. “We will now enter the testing phase to look at the capacities and then define their usage problems,” he explained. First, it is necessary to provide a charger for one of the technical instruments.

The capacity mentioned by the military is the “action” radius of a mobile phone jammer, that is, the physical space in which it eliminates or mixes electromagnetic signals, including electromagnetic signals from mobile phones, alarms, equipment, anklets or radio frequency devices, and even GPS. Internet research shows that some products can zero waves up to 100 square meters.

Anatel (National Telecommunications Agency) prohibits the discovery of interceptors in online stores, and in some cases warns that “the responsibility lies with the buyer.”

The agency is only allowed to be used in prisons to prevent cell phone communication and radio communication. In addition, it is considered an underground telecommunications activity. In other words, if harm is caused to a third party, the crime punishable by two to four years of imprisonment will increase by half. The same punishment applies to anyone who directly or indirectly participates in a crime.

For good-In the police, the purpose is to use things previously run by bandits to fight and suppress illegal activities. One of the situations mentioned in the report is that in the event of riots and hostage taking, it is necessary to cut off contact with the perpetrator. Bope also worked in a bank robbery.