Two recent reports from the Organization for Security and Cooperation in Europe (OSCE) describe the recent increase in gps jammer, probably caused by Russian or pro-Russian forces from Ukraine. This is due to the increase in the number of troops and activities of Russia on the border with Ukraine.

The OSCE has the task of a Special Monitoring Mission (SMM) in Ukraine to monitor and report on the parties’ compliance with the Minsk Agreement. Those involved in the conflict signed the agreement in September 2014 to end public hostilities.

The OSCE mission, among other things, uses long-range drones to monitor activity and compliance in the area. As early as November 2014, the organization reported that the operation of drones was hindered due to GPS signal interference.

Two on-the-spot reports recently published by the OSCE emphasized the revival of this destruction. 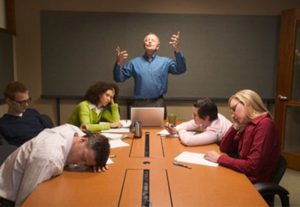 The April 7 report described a malfunction that prevented the drone from launching the day before. Since March, the organization’s drones have been subject to increasing interference, but this is the first time since October 2014 that they have frustrated their mission before launch.

The report also recorded an increase in sabotage activities.

GPS jammers and spoofing are an important part of Russia’s arsenal, aimed at countering the technological superiority of the West in its military. An article published by Sputnik in 2015 boasted of their electronic warfare and prevented US cruise missiles from reaching their targets at the beginning of the 2003 invasion of Iraq. Likewise, this advanced capability “makes the aircraft carrier unusable.”

Russia has repeatedly disrupted GPS signals near NATO exercises and regularly disrupted large areas of the Middle East from a base in Syria. The spoofing of GPS signals in Moscow and the Black Sea led the receiver to report that they were at an airport several miles from their actual location, which is well documented.

The United States has officially expressed concern about the recent surge in Russian troops and their activities along the Ukrainian border. According to reports, two US naval vessels are heading to the Black Sea to monitor the situation.