In response to the reactions of netizens, the reporter recently interviewed Shi Shishi, the president of Chen’s. Principal Chen confirmed “install cell phone jammers in the classroom”. According to reports, there are more than 2,000 students in more than 40 classes. Due to the serious use of mobile phones by students in the classroom, which had a significant impact on normal educational activities, it was decided to install mobile cell phone jammer in every classroom. At present, most of the classes in the Central High School have been opened. When these “cell phone signal jammers” are activated, the cell phone signals in the classroom will be blocked. However, once you leave the classroom, the signal will be restored. Regarding the issue of “health effects”, Mr. Chen, a physics major, explained that there is no scientific common sense. The installed interference device is a qualified product, its electromagnetic radiation meets the relevant national standards, and has been put into use in many schools and test centers. On the other hand, from a physical point of view, the frequency of electromagnetic waves emitted by interference waves is very low and has no effect on the human body. 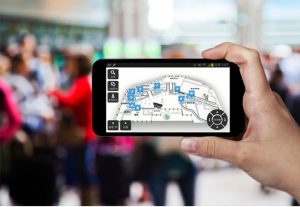 More than 80% of junior high school students have mobile phones. Most students said that the main function of buying a mobile phone is to communicate with their parents. However, in actual use, contact with parents is only a small part of it. Most students use mobile phones to socialize, take photos, and play games. “Many students with weak self-control can play games, send text messages on their phones, or even call the teacher’s classroom discipline when they find the course content is boring. In the dormitory, other students want to take a break, and the phone screen is on and they talk. , Roommates can’t sleep. The school teacher told reporters that at the same time, they can use cell phone jammers to stop them.