Is this true? The reporter contacted the student Wen who posted on Weibo. Wen is a first-year high school student in Sanshui Middle School. According to him, he found that his mobile phone had no signal in the school dormitory a few days ago. Later, many students found out in the dormitory buildings A and B of Sanshui Middle School. A mobile cell phone jammer was installed on the stairs on the second floor to the west, and the mobile phone signal jammer was nailed to the beam on the second floor of the dormitory. “As far as we know, the dormitories on the west side of the 2, 3, and 4 floors of A and B have no signal. They may be debugging or are far away. The block is large. There is still a signal on the east. The female dormitory has not been installed. Experiment on the west side.” 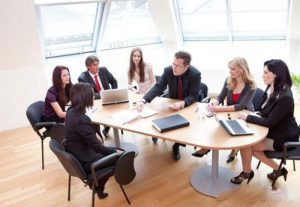 Student Wen was very puzzled by the school’s move. “How the school does this for us to communicate, how to contact the outside world when an accident occurs, and the use of shielding is obviously a waste of money.” And it is widely spread among students. The radiation problem of mobile phone jammers, “How much electromagnetic radiation does a mobile phone signal jammer that can shield such a large range of signals have to emit in order to interfere with the signal? My dormitory is next to the thing, and I don’t know how much radiation I eat when I sleep.” What Lingwen was puzzled was, “Because there is no plug at the stairs of Block B, the school unplugged the emergency light and plugged the cell phone jammer in order for the mobile phone jammer to work.”