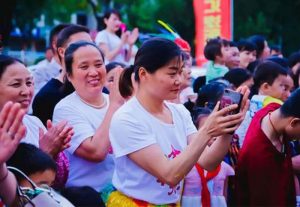 When mobile phone jammers appeared in the first place, everyone was very happy. In the beginning, the jammers were not actually set up for exam scenarios. The initial application of the signal jammer was actually a prison. Prisons need physical and information isolation. In order to ensure the security and privacy of information in the prison’s high-wall compound, it is necessary for the prison to isolate the communication signals between the prison and the prison. This is the original intention of the mobile jammer. When the signal jammer was first invented, the whole world only developed into the 2G era. At that time, although there were three domestic operators, the mobile phones used the second-generation network communication technology. The communication frequency of mobile phones used by manufacturers of different standards is not bad.

There are also Bluetooth and Wi-Fi, neither of which can be covered by 2G, 3G and 4G. Can you breathe a sigh of relief at this time? The answer is no, because there are two methods, Bluetooth and WiFi, which are not blocked. Many people do not understand the difference between the three methods of Bluetooth, Wi-Fi and mobile data. They all seem to be wireless communication technologies. In fact, the difference between the three of them lies mainly in the frequency band. In mobile communication technology, 2G mainly works in the 900-1700MHz frequency band, 3G works in the 1900-2100MHz frequency band, and 4G works in the 2300-2500MHz frequency band. And Bluetooth and WiFi work at 2.4GHz. Full-featured mobile phone signal jammers can already be hand-held. That is to say, the jammers mentioned above that can shield 2G, 3G and 4G cannot cover the frequency bands of Bluetooth and WiFi. Therefore, mobile phone jammers have undergone another evolution. Add 2.4G to the range of interference to achieve interference and coverage of Wi-Fi and Bluetooth. So far there are several wireless communication methods commonly used in human society. All are completely covered. In the foreseeable frequency band, the mobile phone signal jammer can better complete the task.