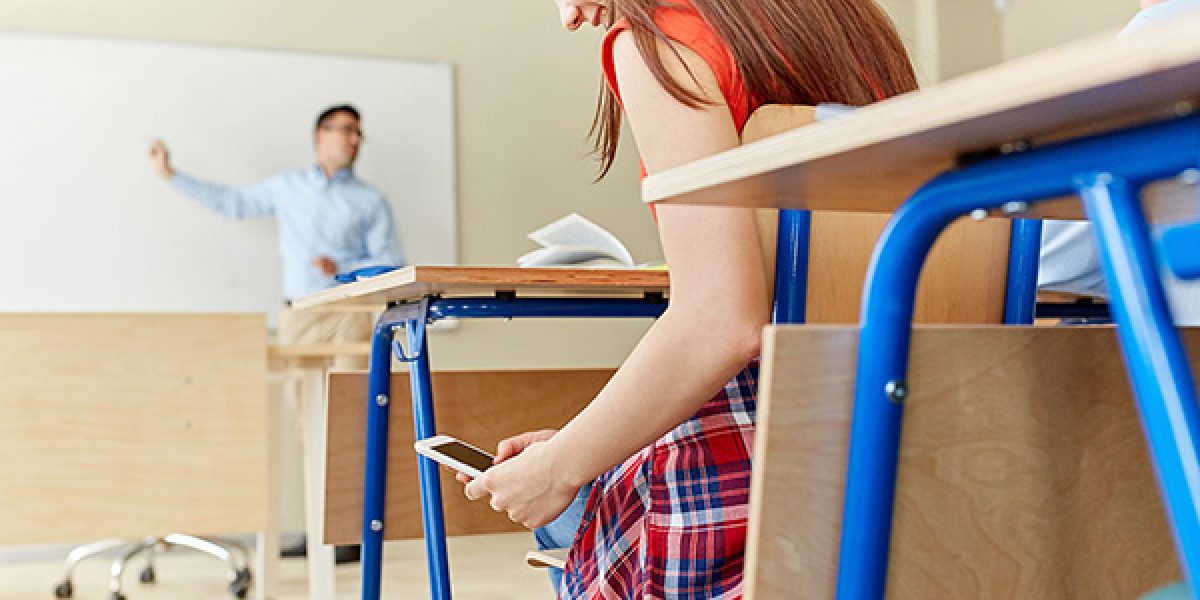 Disadvantages of using a cell phone in school

With the improvement of our living standards, middle school students are generally own cell phones or other electronics. This situation made a big trouble of school management. Students stay up at night, using their cell phones text messages, surf the internet,etc. By day, yawns cross over all the class, students bends over to sleep. Mobile phone use in classrooms is now so rampant that the students now think they have a right to use them during class. They are not listening to instruction and directions need to be repeated many times because they were texting, listening to music on their phone playing a game or watching a video or movie. Some students have even taken or made a voice call during class.

The solution to this problem – GSM Jammer

There is just no good enough reason to need your cell phone in service during school hours. If there were ever to be a real need of emergency, there’s always a phone available to any student who needs it on school campus. All cell phones are used for in school 99% of the time is just for texting your friend in another class, taking pictures, surfing internet, and ‘passing time’ through the social networks during a teachers lecture. Just within school grounds where students are encouraged to focus more in education during school hours and as soon as school is over and they leave the affected grounds, they can turn their phones on again and they’ll have their service for whatever they need it as soon as they’re off school grounds. Or as a more convenient way, these jammers DO come with an On and Off switch, the school principal can just activate and deactivate this device for the appropriate school hours.

To prevent students from texting or calling in class, a middle school in Washington state has spent a small investment on mobile phone jammers.

The cell phone jammer that pokane middle school bought for testing was less than $100, just three days of testing. The aim is to prevent students from sending text messages on subjects. John Hook, the principal, said, “I think this is something we really need.”

The school is currently under discussion at the FCC and will not be used until it is confirmed that the device is legal. The jamming device is switched on at school hours and closed during lunch and after school.

“We believe that even in the school, parents also need to keep in touch with students, and students also need to contact the parents”, but not in time, the school allow students to bring mobile phones to school, but in the class time must be closed.